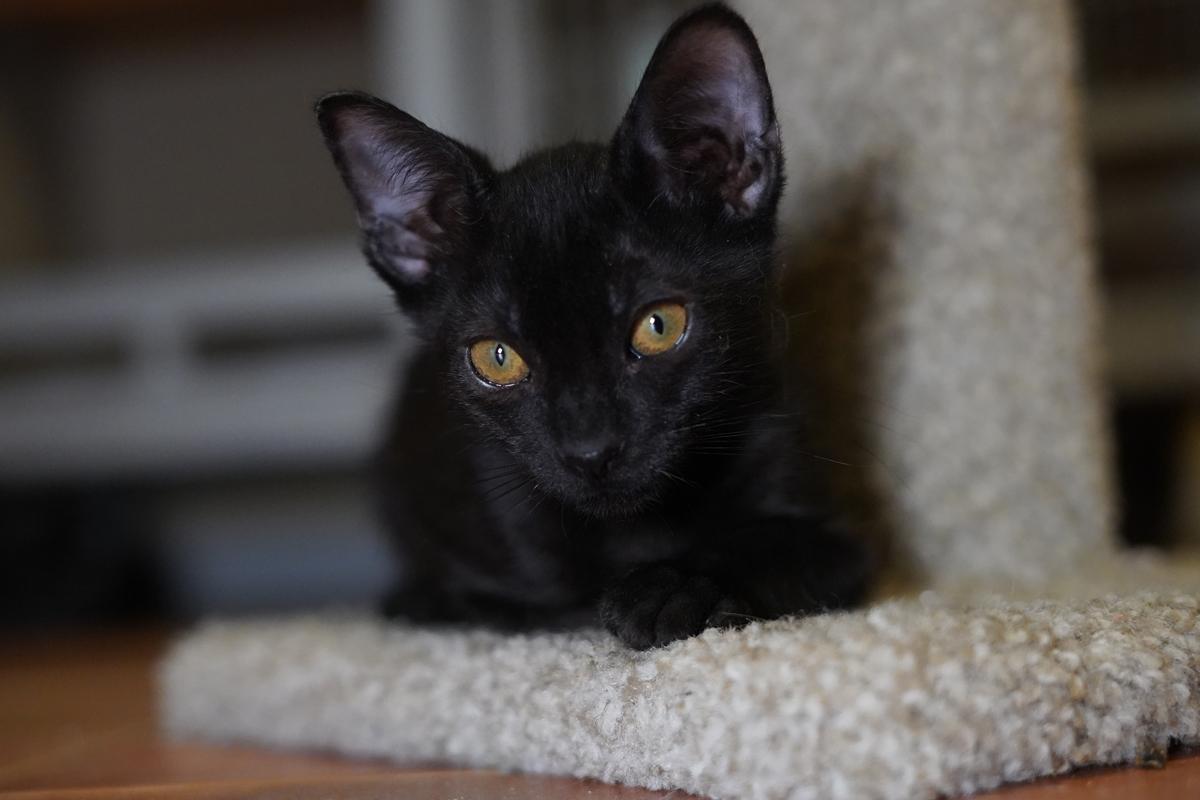 Born in April T’challa was part of several kittens Green Valley Paws Patrol rescued from a hoarding situation in May. He was six weeks old, sick and weighed less than a pound. Sadly, the night before he came to Paws Patrol, his sibling died due to the poor environment.

T’challa was lethargic, covered in fleas, had diarrhea, ringworm and conjunctivitis causing both eyes to seal shut. T’challa and the ten other surviving kittens rescued from this unimaginable situation went to a foster home where he received daily medication for all his ailments. In the evenings, his foster parents wrapped him in a blanket and held when watching TV. In those first few days, it was unknown whether this underweight and sick kitten would survive. 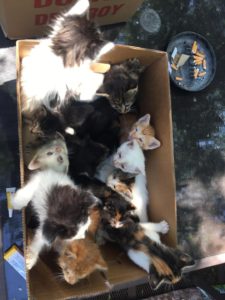 Twenty days later, some conditions improved but the ringworm spread and T’challa lost about 25% of his black hair. On the upside, he was alert and playful. By August, the ringworm was gone and most of his hair grew back; he now weighs 3.5 pounds!

T’challa is resilient; however, his early environment and lack of care took its toll. Just this week, a rattle in his chest started and he’s back on antibiotics. His energy is still good and everyone is hopeful he will be healthy enough to neuter soon.

Despite these challenges, Paws Patrol and his vet are happy with the progress. T’challa purrs, loves cuddles, petting and plays well with the other kittens. He will always be a small cat but that doesn’t hold him back.

By buying one-of-a-kind bracelets from Beading Divas to the Rescue, you are helping Paws Patrol save cats like T’challa.