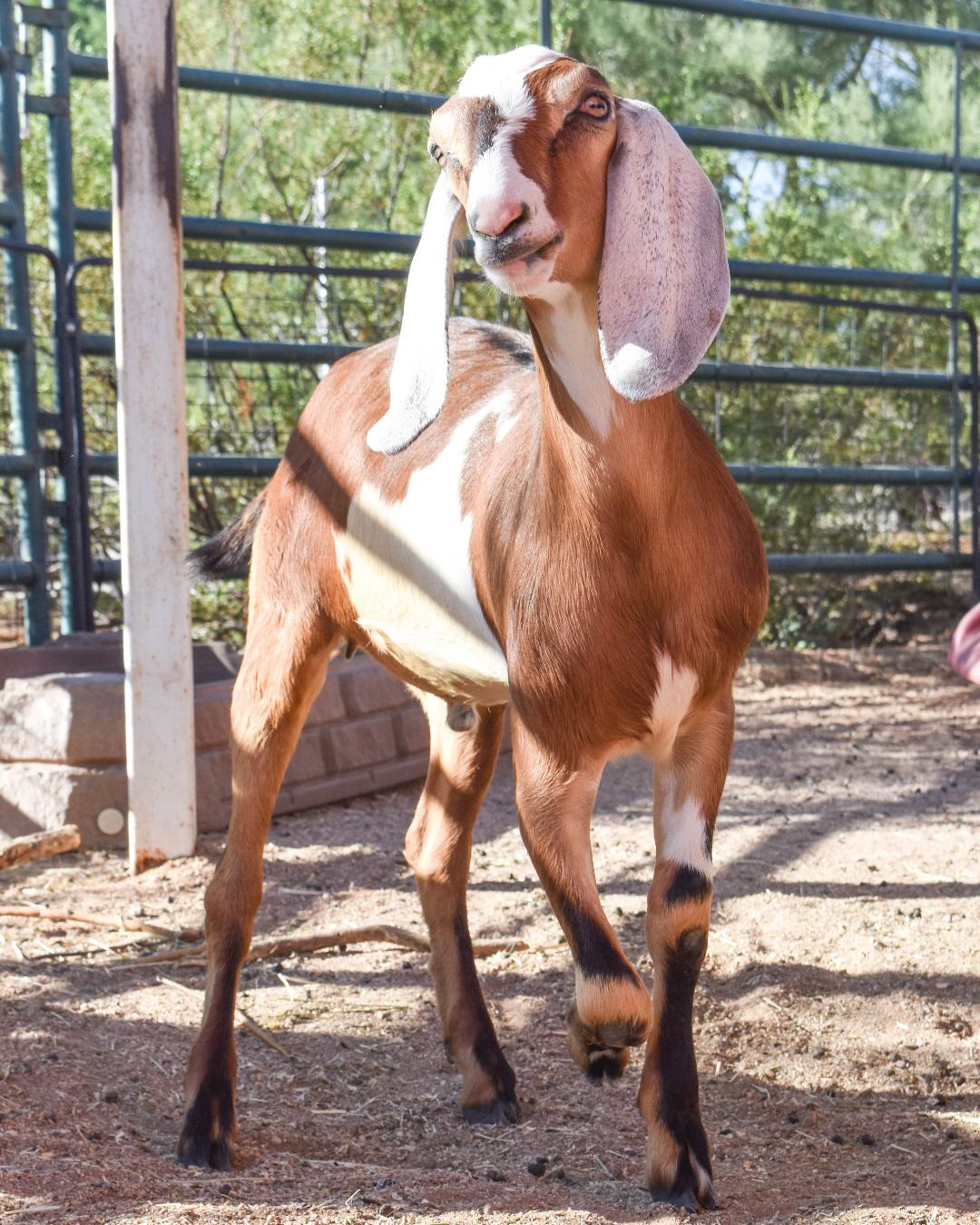 What do you say when asked if you can help a paralyzed 6-week-old baby goat?

Well, the reply was (after a brief hesitating moment and a long deep breath), “By all means get him here and let’s see what we can do.” Hence, the saga of Roman begins.

Shortly after birth this little guy sustained a neck injury from an apparent head butt by an older goat. The owner was advised to euthanize but she thought otherwise. She reached out for help. This fragile, too cute for words little Nubian boy came to Zen Donkey Sanctuary unable to sit in a sternal position with a floppy body resembling that of a rag doll.

Roman lived in the house with Sandy being moved from place to place in his wagon which was his mode of transport. He slept next to her bed in his wagon and never was without oversight or response to his needs for six very long months. His rehab program consisted of range of motion exercises; massage; pool therapy (he learned to swim); and laser acupuncture to name a few modalities utilized.

As he made progress, he had a standing frame and then progressed to a four wheeled walker designed and built by Sandy’s husband. Hours and hours of intensive rehab proved to be successful when on Father’s Day — Roman took his first independent steps. What a gift!

Today Roman is a magnificent, powerfully strong young adult who lives his life with independence and free of restrictions or pause for overcoming adversity. This is yet another example of hard work, persistence and hope in the life of animal rescue.