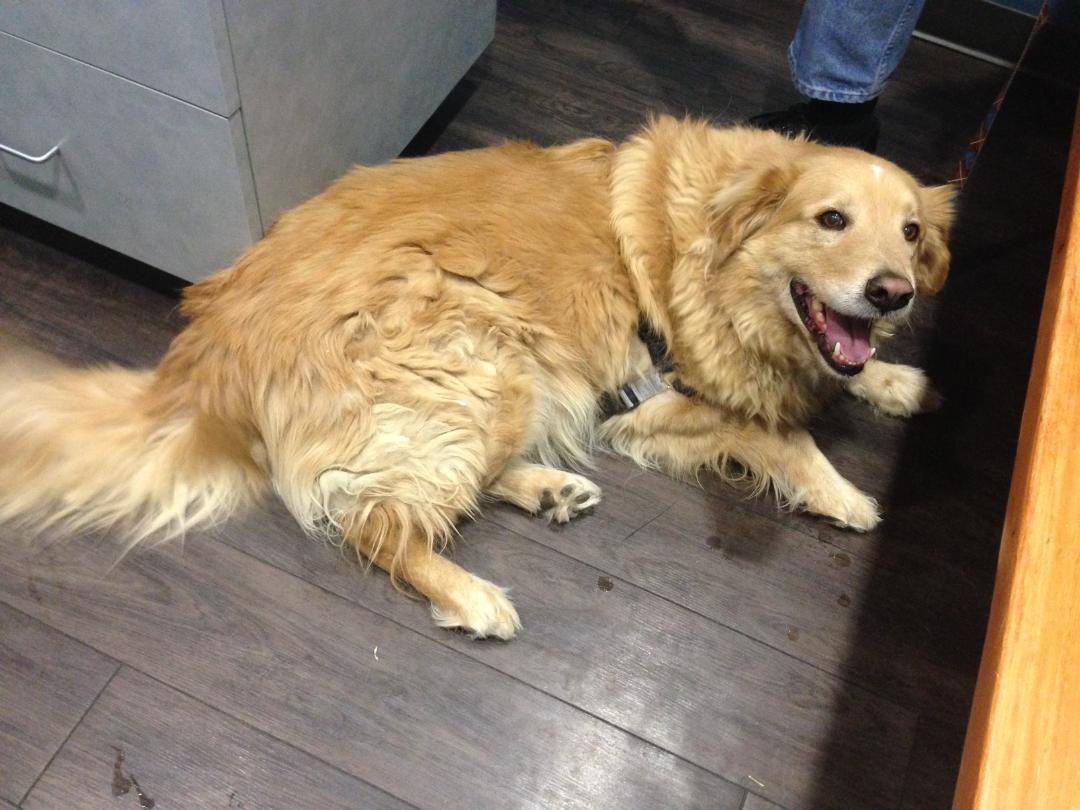 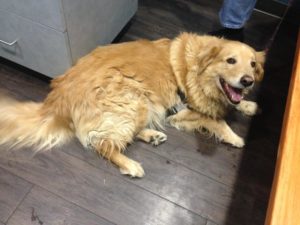 Southern Arizona Golden Retriever Rescue was contacted by the neighbor of a man who had recently died. He had two dogs. Rex is a golden, his supposed litter mate sister Pie is a golden mix. It didn’t matter. As they were deeply bonded and agreed to take both dogs.

They were alone in the yard with a neighbor coming by to feed them. Little was known regarding their history but found medical records showed when they were spayed/neutered. By tracking down that vet SAGRR determined they were pups at the time and were now 8 years old.

When volunteers arrived to pick them up, it became obvious that Pie was beyond just shy – she hid under an old pickup truck. Once in the car, she shook. Rex was totally unfazed and having the time of his life going for a ride. 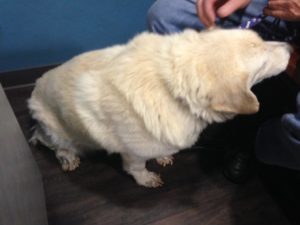 Both were horribly matted, very overweight due to free feeding of cheap dog food and also had skin issues. Pie’s nails literally curled around into her pads. They had not been to a vet in at least 7 years so in addition to shots and routine blood work, SAGRR’s vet checked everything.

There was no water evident when picked up and volunteers gave them several bottles of water. They drank again at the vet, likely dehydrated. When they got to the foster care home, they went straight to the pool to drink. Pie fell in which required the humans to rescue her. Now wet as well as matted and with large patches of missing fur poor Pie really looked sad.

The next day Rex and Pie were groomed — sticks, rocks and who knows what else stuck in them.  Throughout all these changes and new people, they were the sweetest dogs you can imagine.

Fortunately, they did not suffer heartworm, Valley Fever, or other chronic issues from their neglect. Both dogs have blossomed on good food and Pie’s nails continue to improve. Happy ending: They now go on short walks with their forever family. 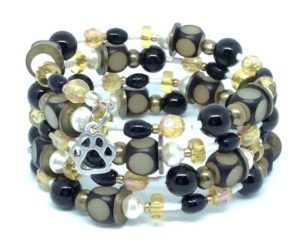