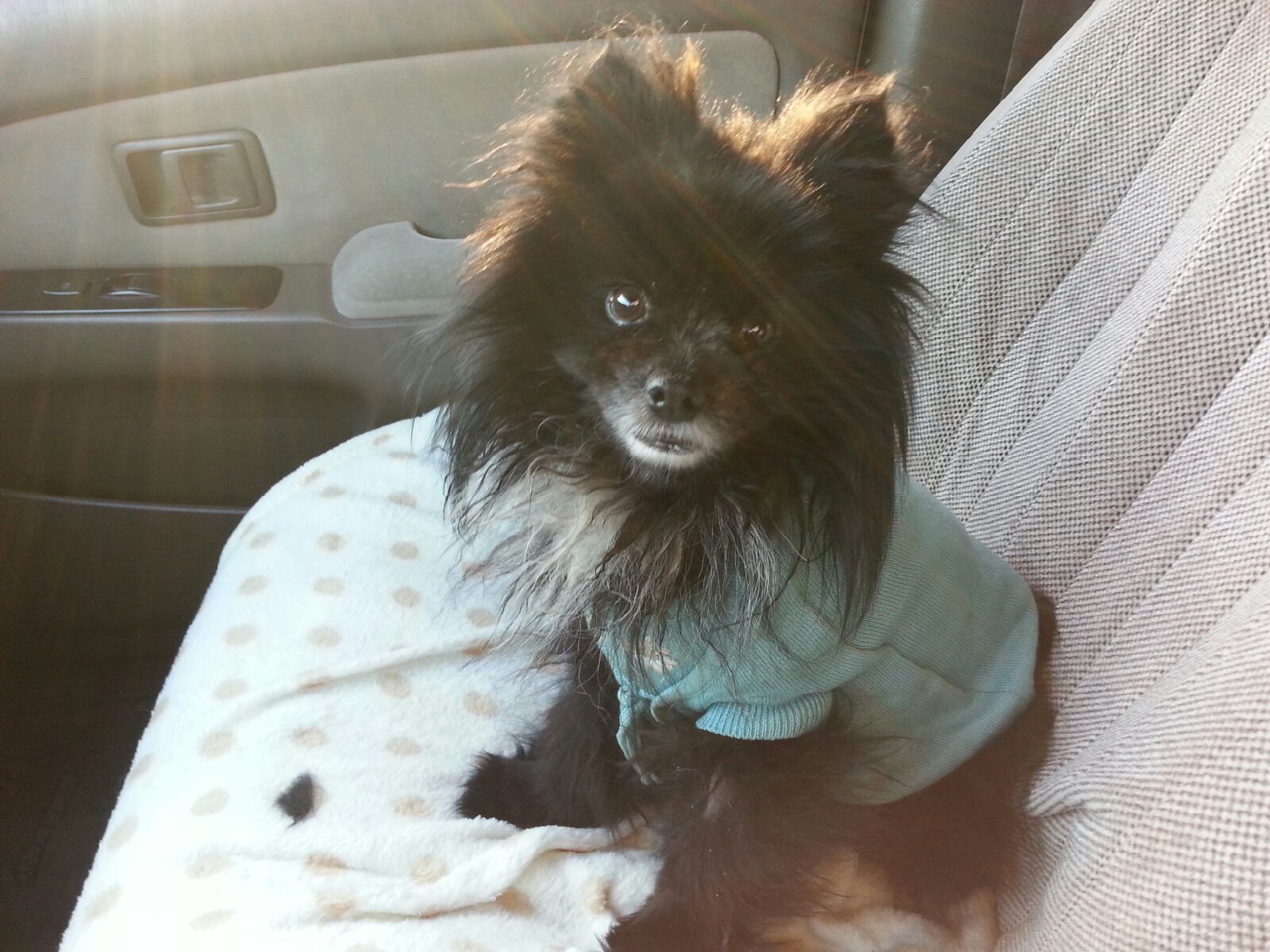 Rescue is about helping dogs with special needs

Alvin came to Mostly Cockers and Poms in December 2014 from Pima Animal Care Center.  At the time he was estimated at 4 to 6 years old.  Alvin was wearing a small t-shirt someone put on him at PACC and we could see he was very matted and filthy.  He was up for rescue due to some “thinning hair” which the vets suspected could be a thyroid issue.

Once he got to the foster home, she took off the shirt to give him a bath and discovered a nearly bald pup – with massive sheets of mats ripping off his back and sides – ouch!  With lots of TLC, he was cleaned up, comfortable and then he went to their vet for a full physical & blood work. His blood work came back — nothing wrong.  Their assumption was malnutrition and lack of coat care and Alvin was put on a good quality diet like all our pups.

His coat responded nicely, but, significant behavioral issues quickly became apparent that were not disclosed prior to pulling him from PACC.  Alvin had a very poor start in life, likely with little socialization, no mental or physical TLC and was likely intended to be a backyard breeder.  His owners dropped him at PACC because he had one testicle that did not distend and they felt he couldn’t breed.

Alvin’s road through these challenges has been a long one, involving an adoption that was thought to be a great match with an adopter who had a trainer on board to help prior to the adoption, and then a return to us after his challenges were just more than the family felt they were able to work through.

At that point Alvin was enrolled in an in-house training program to see if the issues were behavioral – after more blood work & an ultrasound to determine no physical causes.  After little response to the in-house training, he has lived with MC&P’s director and has been her long-term foster.

Alvin has made great strides, with the help of a behavioral specialist vet and a medical regime to help control his impulses.

Mostly Cockers and Poms have had ultrasounds done; his original ultrasound indicated he needed cryptorchid surgery and everything to ensure he is physically and mentally as happy and comfortable as he can be.

A great groomer is willing to work with him even on Alvin’s grumpy days and he is learning how best to calm his outburst – sliced cheese is the way to this boy’s heart!

Alvin continues to live with MC&P’s director and her personal pups with little problem.  He does require a different approach to getting him to do some of the things he doesn’t want to do.  But, he learns quickly and is eager to succeed.  He thrives on routine and would likely do well with a dog savvy individual who had no other pets or perhaps one other mellow pet, and not a large number of people visiting regularly.  Alvin gets overstimulated easily but has become much easier to redirect into a desired behavior.

Mostly Cockers & Poms has a dream – that someday Alvin will find a very special home to love him as he should be loved…forever.

Alvin is an example of this Tucson dog rescue is willing to do to save a dog. Can you help by making a direct donation or buying some Beading Divas fundraising bracelets?  Or perhaps you or you know someone who would love to have Alvin as a companion?